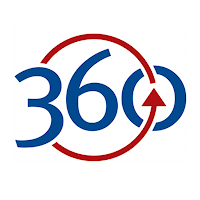 Law360 (June 21, 2021, 9:51 PM EDT) -- By rejecting the NCAA's arguments that its amateurism system should get blanket protection from antitrust challenges, the U.S. Supreme Court on Monday made clear that the organization must allow athletes to profit from or share in the revenues of college sports — or face an uncertain future of litigation.

The justices unanimously agreed with a lower-court ruling that found the NCAA rules restricting the education-related pay and benefits schools may give college athletes, including cash academic achievement awards, were unlawful under federal antitrust law.

The court's opinion, written by Justice Neil Gorsuch, stuck to the specific question of the education-related payments, but it stripped away the NCAA's argument that it has or should be given some special deferential treatment, leaving it exposed to future legal attacks.

Justice Brett Kavanaugh took the matter a step further, telling the NCAA "it is not above the law," in a concurrence that served as a warning to the NCAA that the amateurism system is on the brink of collapse.

Experts say the decision should prompt the organization and member schools to figure out a different, less-restrictive system, one that would allow college athletes to share in the billions of dollars generated by college sports, largely from television revenue.

The NCAA and schools "are going to have to face additional antitrust challenges if they don't change the way they do business," said sports attorney and commercial litigator Ricardo Cestero, a partner at Greenberg Glusker Fields Claman & Machtinger LLP. "At a minimum they are going to have to continue to fight [in court] … unless or until their entire amateurism structure is found to be an antitrust violation."

The ruling follows a decade of litigation challenging NCAA's amateurism rules. Those cases led to findings by the Ninth Circuit and now the Supreme Court that college sports, a multi-billion dollar industry, does not get a free pass under federal antitrust laws.

"In my view, that argument is circular and unpersuasive," Justice Kavanaugh wrote, adding that "the NCAA's business model would be flatly illegal in almost any other industry in America."

Justice Kavanaugh was the only judge to sign onto the concurrence. Still, all nine justices, including those appointed by Presidents Donald Trump and Barack Obama, agreed that the NCAA's rules — at least those restricting education-related pay and benefits — were too restrictive and that other rules will need to be justified by the NCAA in a fact-intensive scrutiny under the so-called Rule of Reason in antitrust law.

"While the particular ruling in this case relates only to a narrow set of benefits provided by colleges to their athletes, the writing is on the wall that a broader range of challenges to NCAA restraints on athlete compensation would need to be reviewed on their economic merits under antitrust law's Rule of Reason," said Marc Edelman, a law professor at Baruch College of the City University of New York who has published scholarship on antitrust issues with the NCAA.

"An antitrust challenge to the NCAA's rules against third-party compensation is the low-hanging fruit here," Edelman added. "NCAA restraints on third-party compensation seems very likely if not certain to get struck down if it were to move through the court system again. And perhaps depending on the economics an even broader set of NCAA restraints would be found anticompetitive."

Meanwhile, the organization has stalled efforts to change its rules prohibiting athletes from earning money from the use of their names, images and likenesses, or NIL, as nearly 20 states have passed laws to allow athletes in those states to earn NIL pay in some form. Six of those state laws are set to go into effect on July 1.

In a statement on the Supreme Court ruling Monday, the NCAA pointed out that the decision says it can continue to try to enforce some restrictions and can question the scope of even the education-related pay and benefits to ensure they are legitimately tied to education.

The high court ruling now places even greater significance on the NCAA's lobbying efforts in Congress to pass a federal NIL bill to mandate a nationwide standard that imposes guardrails to keep NIL payments in check, and gives the NCAA some form of protection from lawsuits.

However, experts question when and if Congress will step in, particularly as a political divide has emerged along party lines with Democrats pushing for a law that would give college athletes even greater rights and impose health and safety requirements.

"Hopefully the NCAA sees today's ruling as a catalyst for change, but I'll keep pressing ahead to allow athletes the unrestricted ability to make money off their talent and collectively bargain with their programs and the institution as a whole," said Sen. Chris Murphy, D-Conn., who introduced a bill this month to give athletes rights to bargain collectively.

In the meantime, businesses are already sprouting up to assist college athletes in monetizing the NIL. Video game maker Electronic Arts has even announced plans to relaunch its popular NCAA Football video game, which could eventually use the NIL of real players depending on how things play out.

"The NCAA has to make some decisions now," said Angela de Cespedes, a sports litigator and partner at Saul Ewing Arnstein & Lehr LLP. "Are they going to seek to enjoin those laws in court? Are they going to buckle down and work with athlete representatives? I can't imagine a situation where the NCAA is going to let it ride."

NIL opportunities are "really going to factor into where these athletes attend school," de Cespedes added. "There are millions of dollars at stake just on the video game side alone."

Martin Edel, chair of the college sports law practice at Goulston & Storrs PC, said the ruling should be an opportunity for schools to take a look at their sports programs, their budgets and what their goals are as an institution. They must ask themselves where they fit into the college sports landscape and how they can compete.

"I don't think it is simply the rich get richer and the poor get poorer, but it gives all schools an opportunity to think where they are on this pantheon and whether they want to expend the funds or take a different position depending on what their goals may be," Edel said.